Today was our AP® Microeconomics exam on industrial organization, market failure, and government interventions. It was covering eight chapters in the text. After creating it, I had a few concerns:

So, it was time to be creative. I know my students want to do well and that they care about learning. They want to get good grades, go to college, and have nice lives. I want all that for them, too. This test had the potential to cause a bunch of stress, complaints, and grade damage. I needed a solution.

You may be thinking, well, just shorten it! Yeah, I thought the same thing. However, I wanted them to have the full range of possible AP® style questions that they would face on the AP® exam. And, it was about half the length of the exam. The AP® exam is only two hours and ten minutes long and we had 90 minutes for our test period. So, I felt it was actually a fair length, just longer than our usual in-class exams. I also liked all of the questions and knew we had covered everything except for a couple of terms that I felt they could figure out, like “average tax rate.”

To take a pulse of how the kids were doing, I went around the room and checked in with everyone. “How’s it going?” “Any questions?” Most of them said no. They said it was okay.

But, I still wanted to provide an opportunity for them to do better. With about 15 minutes left in the period, I told the students to review the exam, read any questions they hadn’t gotten to and scan the vocabulary and diagrams. I told them they could have ten more minutes to work on the test. At the end of the test, I told them they could go home, study again and have their tests back during the first 15 minutes of the next class (in two days – we have block periods).

During our tutorial period today, a group of students came in to work together and to try to ask me more questions. I didn’t want to answer but paid close attention to their discussions. It was thrilling to see them argue about ideas, look things up, work together and come to a consensus with how monopolists make profits and engage in price discrimination, how deadweight loss occurs, how a tax can fall unequally on consumers and producers and other microeconomic concepts.

The best moment was when one of the students said, “This is great, I’m learning so much from this!” He’s a strong student anyway, who typically gets high grades and I was pleased to know that he was getting a lot out of the process.

I know this breaks the tradition of testing, but I also knew these students appreciate a break and have an opportunity to know exactly what to study. It’s almost a way to build in a retake or have them do test corrections. Whatever the case, it accomplished what I hoped it would. A targeted re-studying session and a highly engaged discussion amongst the students where they strengthened their knowledge and improved their ability to demonstrate content mastery.

Laurie has an MS in Education and an MA in Economics. She has been teaching and studying mathematics education for over 20 years. She has credentials in mathematics and economics. Prior to teaching, Laurie worked as an economist and statistician. Laurie is available to train other educators on how to excite students about math and learning by using data analysis projects in the classroom. You can email her at laurie@quantgal.com View all posts by Laurie Hailer

This site uses Akismet to reduce spam. Learn how your comment data is processed. 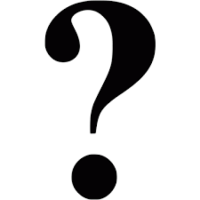 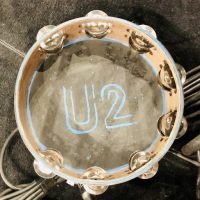 A blog about teaching introductory statistics

U2 Love and Logic
I DeClaire

The Des-Blog
Reflections on Holes in Graphs and Reasoning

Reflecting on mathematics, math education, and viewpoint diversity in education.

math is for everyone